We Provide Financial Advice For... 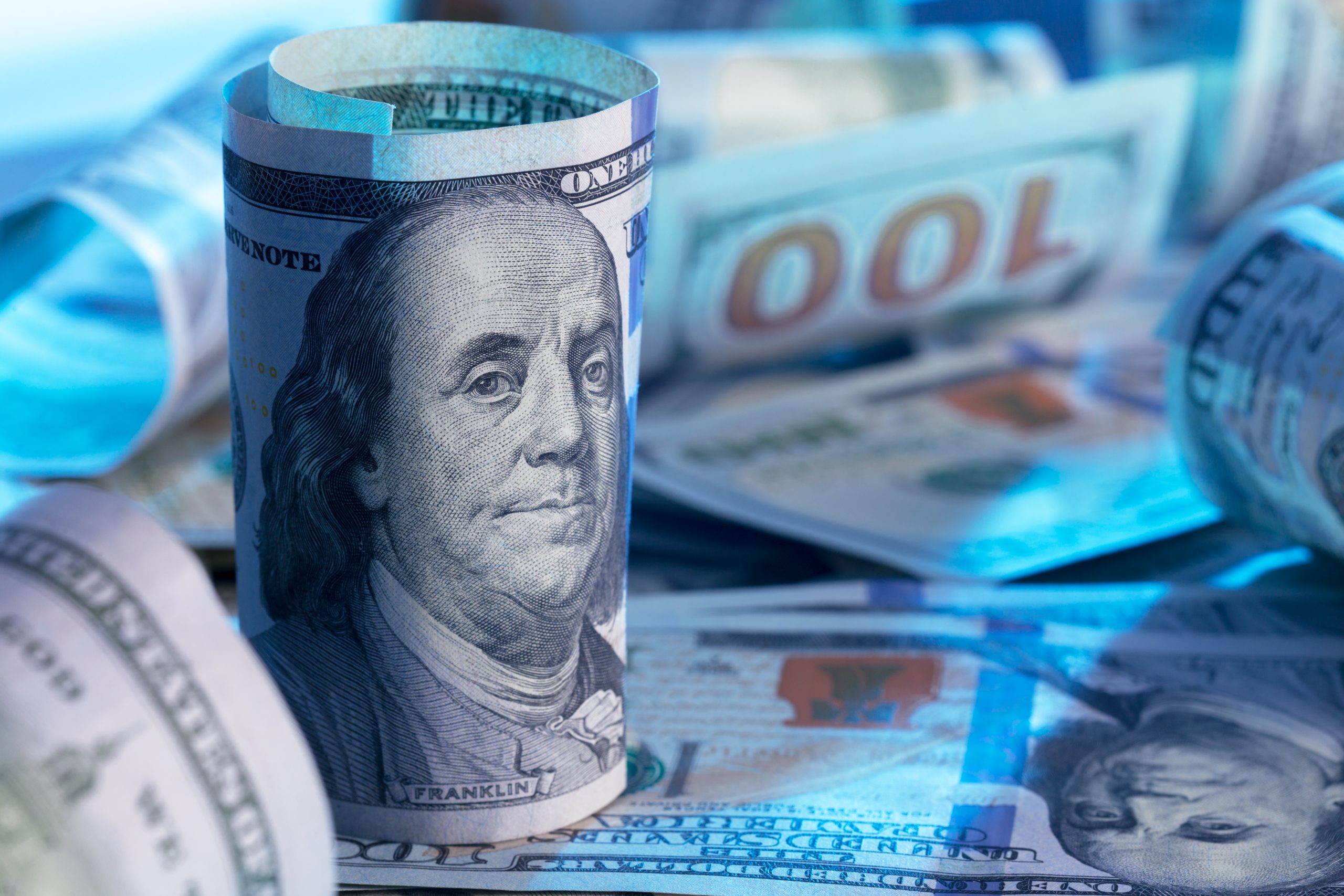 How can we be of Service? 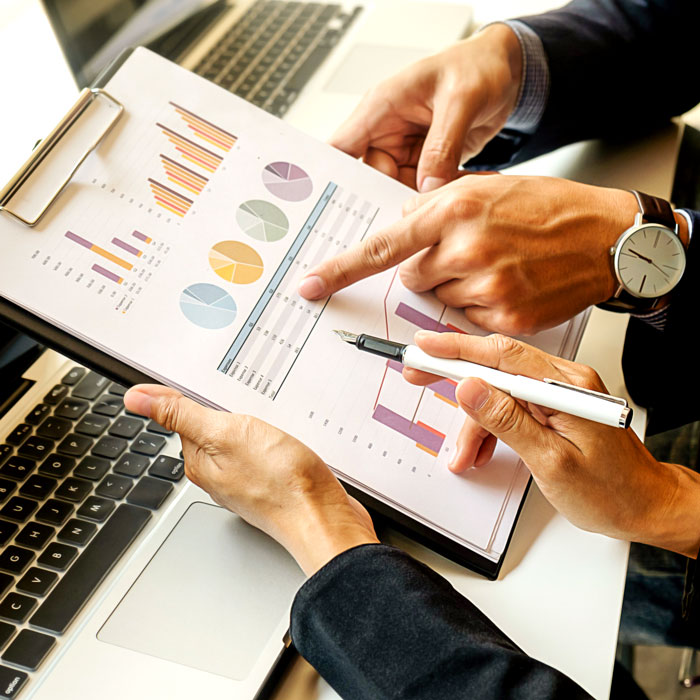 The focus of Kamson Financial is on community-based and driven development programs and projects that reach a local community directly. 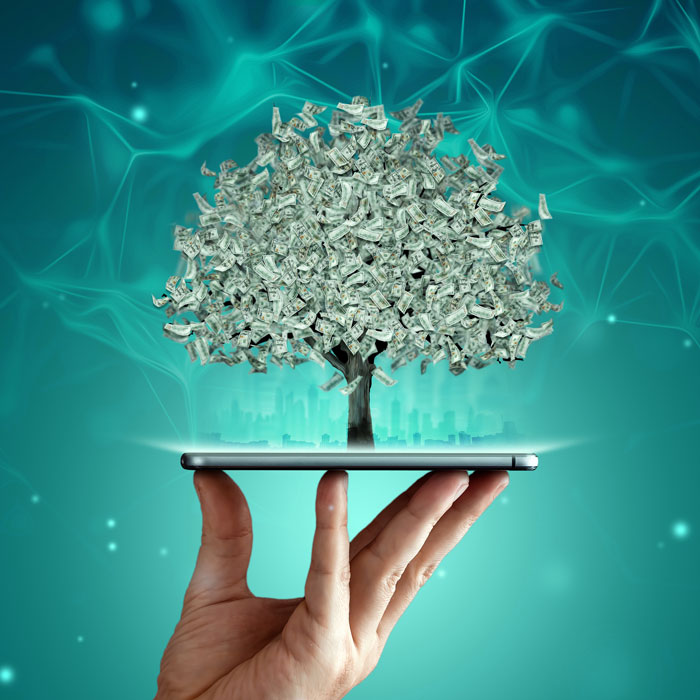 Continuous engagement with community investors and leaders on those matters pertinent to sustainable and equitable community development informs our approach.

Learn more
Work With Us! 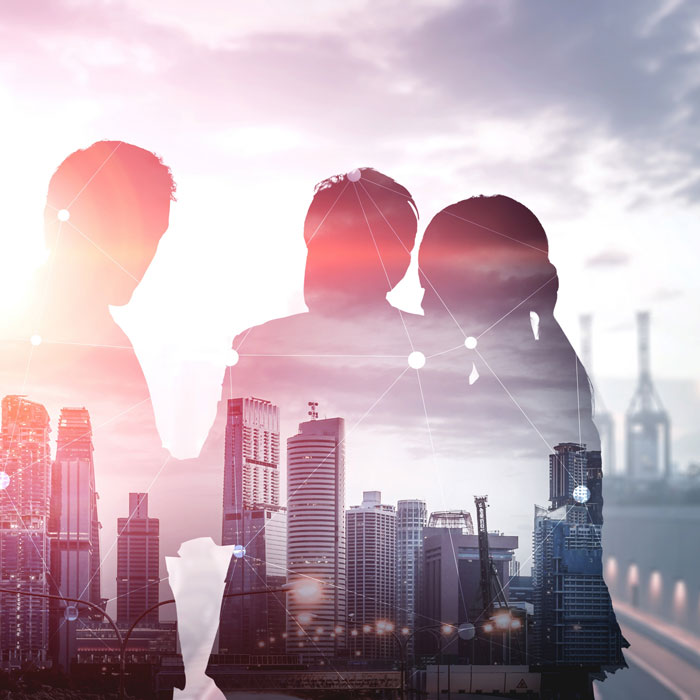 In addition to its financial intermediary role, Kamson Financial provides consulting, information and management services to allow for informed decision making by cooperatives, membership based organizations and public-private partnerships. 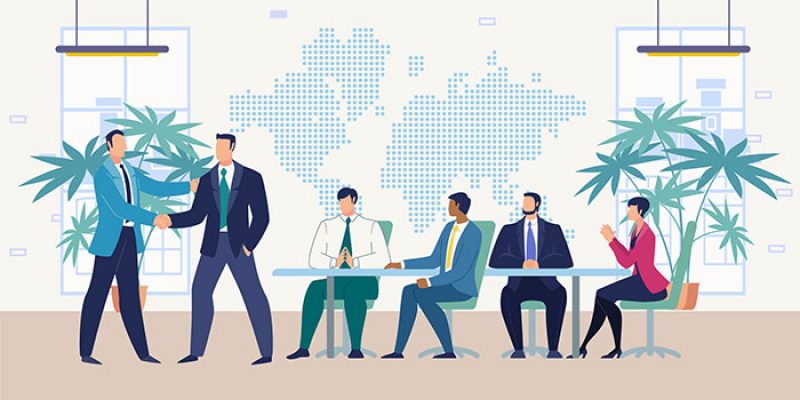 To promote, support and grow sustainable and equitable local economies by raising community capital.
Implementing progressive economics for people and place. Our aim is to achieve social justice and thriving local economies for everyone, everywhere. 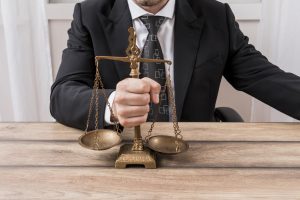 Kamson Financial conviction is that the current dominant liberal development model is premised on economic strategies that are fundamentally flawed and there is a need for a more balanced perspective of how economies are developed and supported by promoting small-scale enterprises. Central to this perspective is that people and the environment matter and economic activities require a moral foundation contained in the wisdom found in the traditional cultures of the world.

After the financial crash of 2008, there were indications of a huge willingness to change how the economy is organized and to do it differently. More importantly, was the evidence that the system can be designed differently. We are committed to finding strategies to correct the imbalance in economic development that is creating ever-widening disparities in income and wealth.

We envision a new, more equitable, sustainable economy — one focused on small, local enterprises that keep wealth, income, and jobs in local communities. The current trickle-down paradigm which assumes that inward investment and growth hot spots will create virtuous flows of capital and wealth for local people is not working especially for rural economies and the underserved. Rather than trickling down, wealth is increasingly being concentrated and extracted away from local communities, leaving vast wealth gaps, and allowing poverty and deprivation to increase at an alarming rate.

At the core of building a thriving economy is local economic development. This should be a practice that ensures that an economy is developed in a way in which local people and communities benefit, social outcomes are secured and wealth is fairly distributed. However, the reality is that this practice has gone astray. Economic development is failing to ensure that economic gains and wealth are delivering socially or at scale. Poverty, wage stagnation, underinvestment, low productivity, and widening inequalities of income and wealth are now entrenched features of many local economies.

Empirical evidence makes it clear that the liberal economic model is leading the planet to the brink of devastation. Climate change demands a fundamental transformation and make it imperative to enable more people to take back control of their local economies and play a key role in its direction.

Kamson Financial efforts will enhance the social benefits of economic activity, retaining more of them in local communities and reduce environmental costs as well as result in the democratization of the financial system to empower people to catalyze the growth of locally rooted enterprises and create economic opportunity for all. We are especially committed to the intentional inclusion of communities and entrepreneurs historically excluded due to class, race, ethnicity, location, or gender. 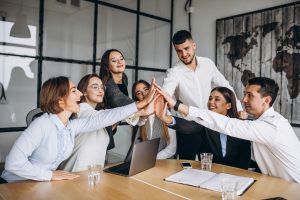 Community capital is investment sourced from a broad spectrum of a community, including both wealthy and non-wealthy investors. While typically defined by geography (like a city or county), it can also be based on a common interest (like education).

Community capital is a response to the contemporary challenges of austerity, financialization and provides resilience where there is risk and local economic security where there is precarity.

Community capital is about creating a fairer, more socially just economy. It is practical action, framed by progressive concepts.

This is an emerging field that will allow the effective and efficient use of local funds by cooperatives and membership-based organizations for research, development, marketing, and growth.

It is about creating a fairer, more socially just economy. It is practical action, framed by progressive concepts. Instead of solely relying on redistributing some growth ‘after the fact’ of its creation, community capital seeks to restructure the composition of the economy itself, so that the production of wealth is focused.

As a financial paradigm for local economic development Community Capital tackles head-on the challenges of rising inequality and wealth extraction. To do so, community capital rejects the assumption favored by outmoded economic development approaches – that once investment capital has been secured, wealth, jobs and opportunity will trickle down for all to share. Instead, at its core is a drive to replace extractive models of wealth ownership – those companies whose business model relies on maximizing profits to distant shareholders – with locally productive forms of business. These “generative” businesses are enterprises in which the wealth created is shared broadly between owners, workers, and consumers, ultimately increasing local multipliers as wealth flows through to local people and places.

Community capital allows for restructuring the composition of local economies so that the wealth created locally is more widely shared. To do so requires an understanding of the underlying state of the local economy and the ability to describe and quantify the impacts that changes in policy and practice can bring about.

Mindset is important here – how this information is considered and used will determine the trajectory of the local economy. To move forward, the architects of recovery and reform plans require a deep appreciation of the need for a new type of local economy and a clear vision for meaningful local economic reform.

Kamson Financial thinking around community capital informs our practice. We actively promote and participate in initiatives that practicalize the concepts foundational to a social economy. 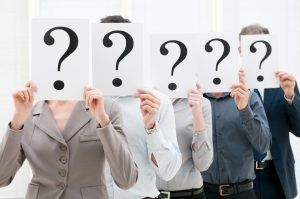 Current pathways to an economic development focus too much on external development, and not enough on inclusive economic approaches which seek to ensure that economic activity supports local supply chains and benefits local people.

Building from within is crucial to a good, thriving local economy – harnessing the available assets, businesses, and people to make sure investment and pre-existing wealth is used for local benefit.

Questioning and challenging the received wisdoms and easy assumptions around economic development that have given the traditional consumption-driven, trickle-down model its resilience. This resilience stands in the face of the old wisdoms and modern evidence that warn us of consumption’s very limited ability to deliver individual, collective, and environmental wellbeing. In fact, overreliance on this limited tool is actually harming us.

Community capital is a growing movement in the US and the ideas and practice of local wealth building are coming to the fore as a reaction against a liberal economic approach to ideas, and the extractive nature of return on local inward investment. The orthodox assumption that economic benefits will ‘trickle-down’ to the local economy and will benefit communities is being challenged like never before. Kamson Financial is in the forefront of this challenge.

What Is Community Wealth Building? 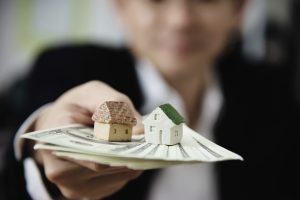 The economic sphere is not distinct from the social, they are one and the same. We must therefore root our economy in social justice and be guided by the limits of the environment to create a community in which wealth is enjoyed by everyone, everywhere.

Local economic development is at its best when local government works with commercial and social partners to achieve economic success that prioritizes social well-being. To date we have had too little of this stewardship.

The rise of new technology and automation has, and will increasingly, lead to a profound shift in the economy. This will further tip the balance from wealth gain via employment toward capital return on investment. With fewer jobs, there is need to ensure that capital return is broadened and deepened, through new forms of ownership and participation in the economy.

Community capital has emerged as a powerful tool to democratize the economy and create wealth for all. It develops locally controlled economies and puts communities first by taking control of the wealth that exists in the local economy, and exploring different means of ownership, to ensure that the economy works for local people. 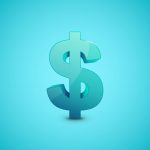 Community capital seeks to increase flows of investment within local economies. It does this by harnessing the wealth that exists locally, rather than by seeking to attract national or international capital. For example, local government department pension funds can be encouraged to redirect investment from national and global markets to local schemes.  All of these are ideally placed to channel investment to local communities while still delivering a steady financial return for investors.

Community capital offers a different approach to this orthodoxy. At its core stands a recognition that places already have rivers of wealth at their disposal, due to the financial, physical, and social assets of local institutions and people. The work and skill are in analyzing this wealth, and harnessing it for deeper economic, social, and environmental benefit.

National Coalition for Community Capital (NC3) is at the forefront of community capital thus far providing it with a strong body of practice and inspiration –– as practitioners face the challenges ahead.
Visit https://comcapcoalition.org/  for more information.

Co-operatives, enable the wealth generated in a community to stay local and play a vital role in counteracting the extraction of wealth. The way we organize our economy underpins every aspect of how we live our lives and how our communities function. As democratic, member-owned organizations, co-operatives have a critical role to play in generating and utilizing capital to grow economies that benefit local communities. Local ownership leads to business decisions being made in the interests of the local community in which they are based. Profits are reinvested into the business, are used to create local jobs or are returned to the members, instead of going into shareholder pockets. Local anchor institutions can support cooperatives by investing into a co-operative development agency, which is tasked with providing seed funding, loans, investment, and advice to new co-operative enterprises. 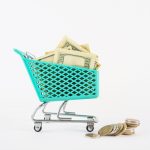 Small enterprises are more likely to employ, buy and invest locally, thereby contributing to local economic and social development. However, small businesses with alternative ownership structures face a range of barriers when starting up, such as access to start-up capital, business support and premises. 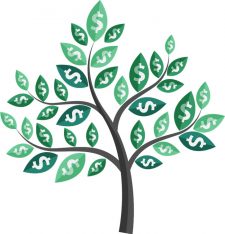 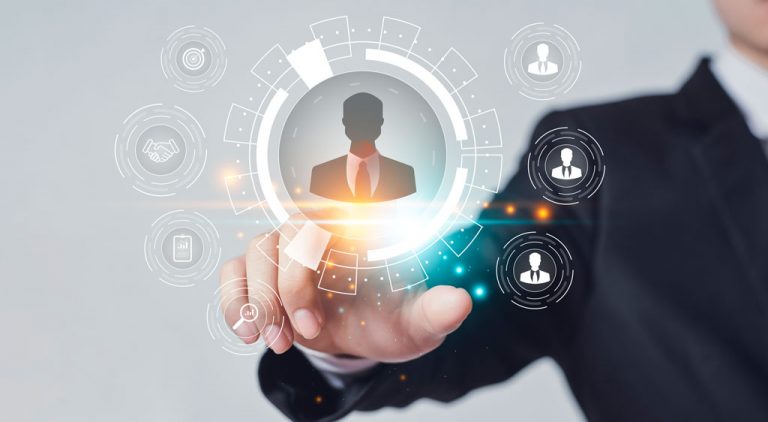 Maximizing Potential
of Our People

We will help our people achieve their full potential by supporting a culture of continuous development and building an innovative, diverse and inclusive work environment. The enterprise learning programs will range from skills-based offerings and high-potential leadership programs to roundtable discussions and talks hosted by experts. 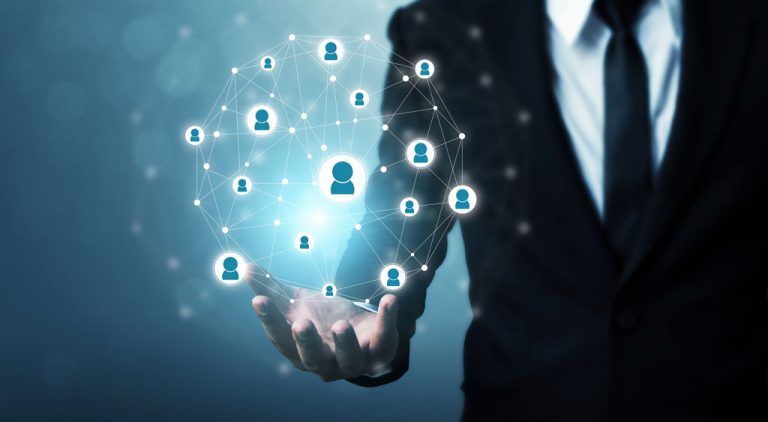 Developing caring talent starts with recruiting the concerned and most diverse people into the enterprise. To reach and evaluate a broader and more diverse applicant pool, we will leverage technology.
Work With Us! 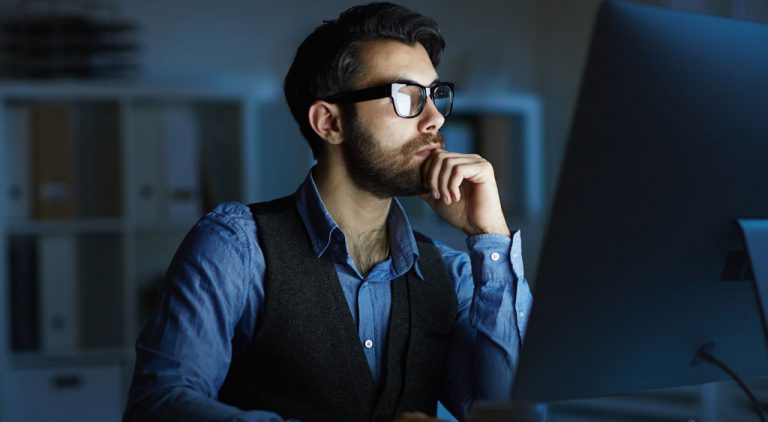 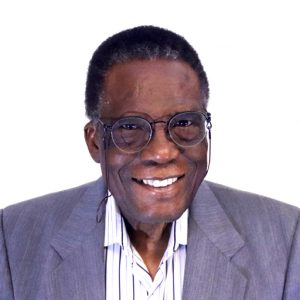 Dr. Anthony D. Kamson is a social entrepreneur and visionary. His academic background is in Communication and Education from Kent State University, Michigan State University, and Boston University. His working experience includes positions in management, research, and training, as well as ownership of a consulting firm. Current efforts as an investment professional with fifteen years of experience, involving initiatives for a more inclusive and equitable financing system for sustainable and 21st century lifestyles for middle market rural communities, worldwide.